Crohn’s disease is a chronic inflammatory disease of the digestive tract. It can occur in people between the age groups 15 to 40. Nobody knows what the actual trigger factor can be. The inflammation starts as such and can be fatal. By activating the immune system, a viral or bacterial infection may start up the process. It is believed that certain genes passed on from parent to the child can increase the risk of developing Crohn’s disease. The most debilitating thing is that if once Crohn’s disease begins, it can surely cause lifelong symptoms that come and go now and then.

What the symptoms associated with Crohn’s disease?

Most of the symptoms can be bothersome, there may also be symptoms-free times but are interrupted with flares of symptoms.

In the beginning, you may experience the symptoms such as:

What is the expected duration of Crohn’s disease?

Unfortunately, Crohn’s disease is a lifelong condition, but as a blessing, in disguise, the symptoms are not continuous. A flare-up of symptoms is alternated with the symptom-free period of months or years.

How is Crohn’s disease treated?

The aim of reducing Crohn’s disease symptoms is to decrease the inflammation in the bowel. But as such, there is no particular treatment option for Crohn’s disease. Instead, your doctor would focus on reducing the symptoms to make you feel as comfortable as possible.

In fewer instances, your doctor can recommend surgery if therapeutic medications are less effective in reducing the symptoms. However, there are two treatment strategies one is “step-up” and the other is “top-down”.

Here are some of the treatment options for symptomatic relief from Crohn’s disease:

The best Probiotics we have is yogurt. Probiotics have friendly bacteria that are useful for the gut. But most of the people with Crohn’s disease are intolerant to dairy products. Are you one among them?  Ok, no worries you can choose other foods that contain probiotics.

Some foods that contain probiotics:

Some foods that contain prebiotics:

It is said that fish oil has the properties that improve good cholesterol in the body that is healthy for the heart. But the same also works well in Crohn’s patients. Before trying fish oil talk to your doctor because overdoses may cause bleeding issues.

This is an amazing practice for ages. It uses thin needles that are inserted into your body at specific points. This stimulates your brain for the release of endorphins that helps in pain blockage, strengthens your immunity.

Are there any herbal treatments for Crohn’s?

Yes, herbals do play an important role in reducing the symptoms associated with Crohn’s disease. But before using them, you must approach your doctor.

Some of the herbals include:

Aloe is a succulent leaf that has many magical benefits for Crohn’s patients. It acts as an antibacterial, antifungal, anti-inflammatory agent. So, it is good for reducing the inflammation in Crohn’s patients.

Elm bark is mucilaginous. The gel obtained from the bark is useful in the treatment of Crohn’s disease as it has anti-inflammatory and demulcent properties. It is also referred to as an anti-diarrhea herb that helps in the prevention of electrolyte imbalance and dehydration in Patients suffering from Crohn’s disease.

Camomile is an excellent herb for treating inflammation; there are antioxidants in chamomile that help fight against inflammatory conditions such as Crohn’s disease.

Flaxseed powder is used as a laxative, as a cholesterol-reducing agent, and is also used for reducing the risk of cancer. Besides these benefits, it also provides relief from the symptoms of Crohn’s disease.

We all know peppermint for its menthol content. It makes wonders in treating the symptoms of Crohn’s disease such as diarrhea, cramps, depression, and indigestion. The mint plant is super in providing antibacterial and antifungal effects.

Even if you are with the roots of battle with Crohn’s disease don’t give up. Be wise to choose the treatment options, change your diet to a healthy one. Be in sync with doctors' suggestions and it’s for sure you can lead a quality life by reducing the symptoms of Crohn’s disease. 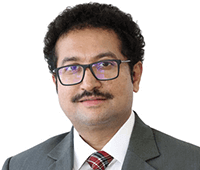